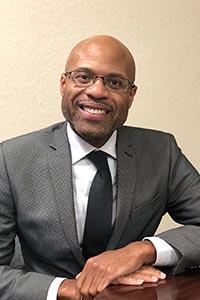 SUBJECT: Learn about the history and experiences of the African-American Community here in Ft. Myers, Florida from the post-Civil War period of 1867 to 1969. The emancipation of slavery after the Civil War was supposed to change things for African-Americans, however, over time Florida re-imposed segregation. In 1885, 20 years after the war, Florida passed a law banning integrated schools. A year later a $150 fine and imprisonment was added to the law. In 1887 the county was named after a Confederate general. The first black school was not built until 1926, and Dunbar High School in Ft. Myers was built for all ‘colored students in Southwest Florida’. In 1949 the first ‘colored beach’ in Ft. Myers was opened and named for Ralph Bunche, the first African American to be awarded the Nobel Peace Prize in 1950. Throughout this period the local African -American Community, based in the Dunbar section of Fort Myers, persevered and continued to developed economically and educationally. Jarrett Eady is a local African-American educator who will bring alive the history of this struggle through the generations here in Fort Myers.

Jarrett Eady is a 4th generation resident of Fort Myers. He entered the Garnet and Gold halls of the Florida State University where he majored in Political Science with minors in History, Urban Regional Planning, and Black Studies. While at FSU, he served as Student Body President, a member of the Florida State University Board of Trustees, and a member of the Florida Board of Governors. Mr. Eady serves on various southwest Florida boards including the Fort Myers Community Redevelopment Agency Advisory Board. He is Chairman of the Lee County Black History Society, President of the National Pan-Hellenic Council of SW Florida, and Chairman of the SW Florida Alpha Educational and Leadership Foundation Board of Directors. He is the Director of Diversity and Inclusion and the Director of the Advancement Via Individual Determination (AVID) Program for the School District of Lee County.