SWFAS was founded in 1980 to provide a meeting place for people interested in the southwest Florida area's archaeology, history and cultural past.

All presentations are on a Wednesday at 7:00 pm.

NOVEMBER 16, 2022  AT NAPLES, COLLIER COUNTY MUSEUM
Homeward Bound: The Incredible Journey of Key Marco’s Artifacts, by Austin Bell
Excavated from a waterlogged archaeological site on the shores of subtropical Florida by legendary anthropologist Frank Hamilton Cushing in 1896, the Key Marco Cat has become a modern icon of heritage, history, and local identity. Preserved in the muck for centuries on Marco Island and discovered in pristine condition due to its oxygen-free environment, the Cat has since traveled more than 12,000 miles and has been viewed by millions of people. In this presentation, Bell explores nine periods in the life of the small wooden carving, beginning with how it was sculpted, what it may have represented to the ancient Calusa, and clues to the Cat's mysterious origins that have emerged in its later lives.

Austin Bell, M.A. is the Curator of Collections for the Marco Island Historical Society and a Consulting Scholar at the University of Pennsylvania Museum of Archaeology and Anthropology. He is the author of four books, including "The Nine Lives of Florida’s Famous Key Marco Cat" (2021), winner of a 2021 Florida Book Award and a 2022 Meritorious Achievement Award from the Florida Trust for Historic Preservation. Bell currently serves on the Florida Anthropological Society’s Board of Directors and is the Vice-Chair of the Collier County Historic Archaeological Preservation Board.

DECEMBER 2022 FIELD TRIP has been cancelled.

JANUARY 18, 2023  AT FT. MYERS, IMAG MUSEUM
Dr. Uzi Baram, Professor of Anthropology and the Director of the New College Public Archaeology Laboratory, Sarasota, Florida. Dr. Baram will speak regarding his excavations, The Excavation of Angola: A Maroon Settlement on the Manatee River in Bradenton, FL.

FEBRUARY 15, 2023  AT FT. MYERS, IMAG MUSEUM
Dr. Maranda Kles, RPA, Vice President of Archaeological Consultants in Sarasota, FL, specialized in Southeastern Archaeology, Physical Anthropology, and Bioarchaeology. Dr. Kles will speak on the prehistory of the SW FL natives, the Calusa, and their known relations with their historical native neighbors. The usage of the region by Cuban fishermen that set up fishing camps called ‘rancheros’ after the Calusa abandoned the region, the eventual settlement by whites, the historical military settlement of Ft. Myers, that gave the city its name, and its relationship to the military network of Florida.

APRIL 19, 2023  AT NAPLES, COLLIER COUNTY MUSEUM
Steve Bertone, Research Biologist with the Rookery Bay National Estuarine Research Reserve (NERR) in Naples, FL. Steve has conducted biological research and worked on several archaeological projects in the Reserve and the 10,000 Islands. He will be speaking about the early settlers in the NERR.

ARE YOU A MEMBER OF FAS? 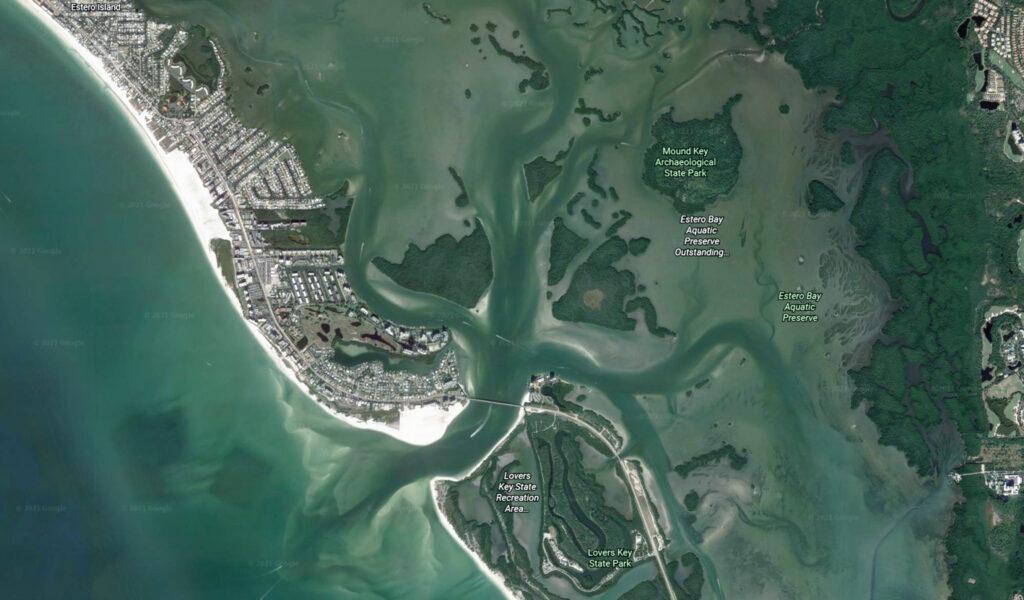 Volume 74, Number 3, September 2021 featured an article about Mound Key by SWFAS President, John Furey.  MOUND KEY IN ESTERO BAY, FLORIDA: CALOS, CAPITAL OF THE CALUSA CHIEFDOM OF ESCAMPABA, A HISTORY OF THE ISLAND AND ITS FINAL ACQUISITION