March 21, 2018: Made from the Sands of Florida – Egmont Key, Climate Change and the Seminole Tribe of Florida 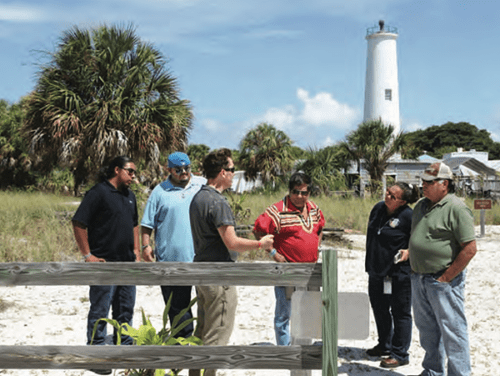 The Seminole Tribe of Florida and south Florida are bound together in a union that defines the very being of one another. The Seminoles home in the low-lying Everglades is critically threatened by climate change. The off-shore island of Egmont Key in Tampa Bay, today a Florida State Park, has become the front line for the Tribe in a community effort to remember a difficult past that is today threatened with being washed away. It was on Egmont Key that Seminoles captured during the Third Seminole War were held before being forcibly relocated to Oklahoma, via New Orleans. Community engagement, archaeology and climate change collide on Egmont, an island that is central to the past and future of the Tribe.